There are some who say a compensator on any platform is not a necessity and by and large I can agree with that statement. They are not integral to the fit and function of whatever platform they might be attached and, in some cases, can make the perceived volume level of the gunshot exponentially louder. That said, I have one on every rifle I own and even on my daily carry handgun. The benefits of a compensator are quite simple; they reduce muzzle flip or rise, reduce perceived recoil, and make most guns generally easier to shoot while aiding in sight picture stability making for faster returns to target. While there are many similarities, it is safe to say that not all are created equal.

I recently had the opportunity to test out the Aero Precision VG6 Epsilon 556 and 762. Aero Precision was kind enough to send these devices too me for testing and review. Both are right hand twist threaded in 1/2×28 and 5/8×24 respectively and as is standard in the muzzle device and silencer industry. The 556 I have currently attached to my DIY home defense pistol which is a franken-build hosting a 10.5-inch barrel and KAK Industries brace. The 762 model I actually have currently mounted on my HeadDown Firearms Craftsman in 6.5 Grendel which is an 18-inch barreled designated marksman rig. Each Epsilon muzzle brake came with a crush washer and mounted easily. Though I did find myself referring to the packaging to be clear on the recommended orientation for maximum results. 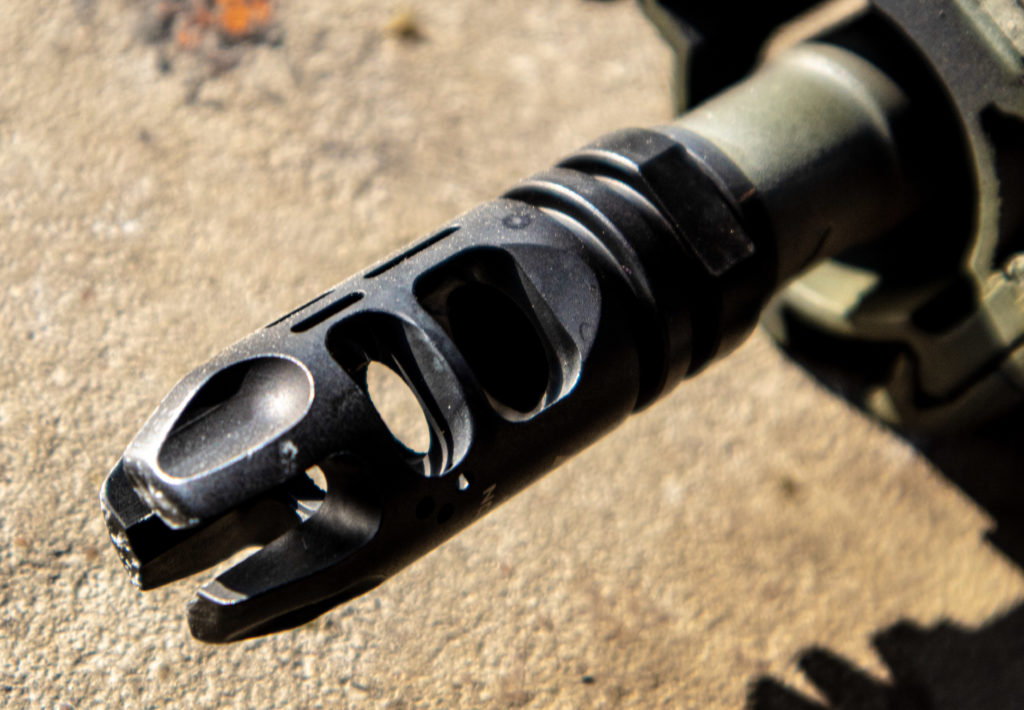 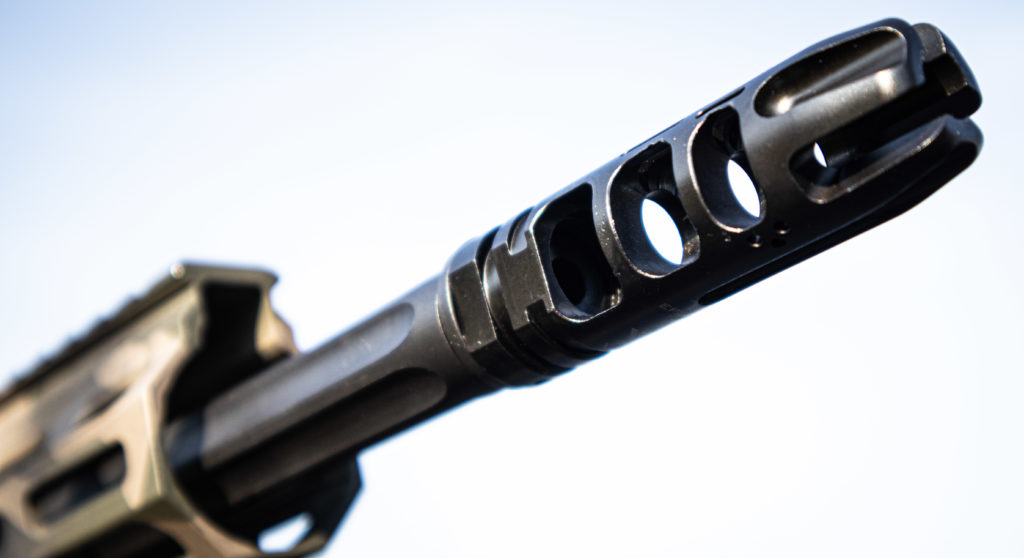 Having fired hundreds, if not thousands, of rounds through each device and comparing the results I can attest that the devices performed as expected providing all the benefits one might expect with such an attachment. With the 556, which is affixed with a Riton Optics red dot sight, my dot was not bouncing nearly as much through the recoil impulse and afforded faster follow-up shots on target at various distances. The 762, albeit larger than necessary, made my HeadDown Firearms Craftsman a real joy to shoot. Being typically shot prone or from a bench, rifles like that have a tendency to “jump” despite relatively light recoil. The Epsilon certainly tamed that jump and made target tracking and impact confirmation out to 750 yards quite simple and an overall much more enjoyable experience.

All things considered they are a bit pricey, $80-$95 at the time of this article, especially when compared to other similar devices that appear to offer similar benefits. Despite the price, I would still recommend them and have enjoyed using them. As stated earlier, not all muzzle brakes are created equal so the value is certainly there. They are also aesthetically pleasing which speaks to the craftsmanship and care Aero Precision puts into this equipment during the engineering process. Contrary to what some may believe, the best attachment for a gun could revolutionize the industry but if it looks like a hunk of polished excrement, no one would buy it. As mentioned, the proper orientation was not blatantly obvious. One would think the brand marking would be on top but rather the logo is meant to face down. Not a huge issue but one worth noting for those too excited to read the instructions or reference the diagrams.