Did you know that FIME Group, the same company that brought you some of the best Russian AK’s and the Rex Pistols, has been making one of the best aftermarket accessories for your AK?  The FIME FCG is Made in the USA and is available for nearly all AK/RPK variant rifles and shotguns.  Given the FIME FCG’s design and functionality it both extends the life of your firearm while making it safer to operate (no more accidental second shots or faulty safety selector issues). 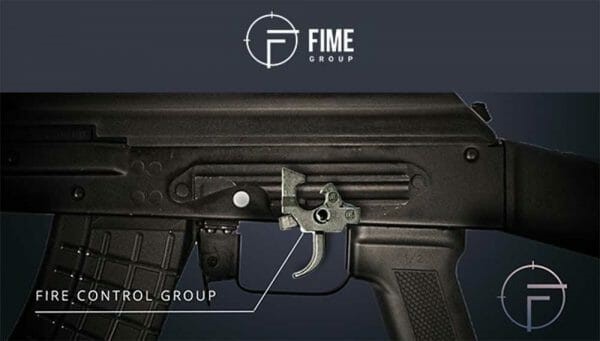 The FIME Fire Control Group (FCG) is designed to drop into your favorite AK/RPK variant rifle or shotgun.

FIME claims to have spent over a year engineering the new two-stage, mil-spec trigger which was built and engineered using the original drawings.  FIME’s FCG delivers a shortened trigger travel with a light trigger pull boasting a 0.3-inch length of travel with a take up of 5 pounds and a trigger break at 6 pounds. To assure there are no selector lever misfires, the disconnector’s face makes full contact with the hammer.  Further, the disconnector is engineered with an elongated tail, which makes a full stop on the rear trigger guard rivet, and the hammer stop prevents the hammer from slamming on the trigger. With these two designs function together, it eliminates the “trigger slap” often found in competitive products. 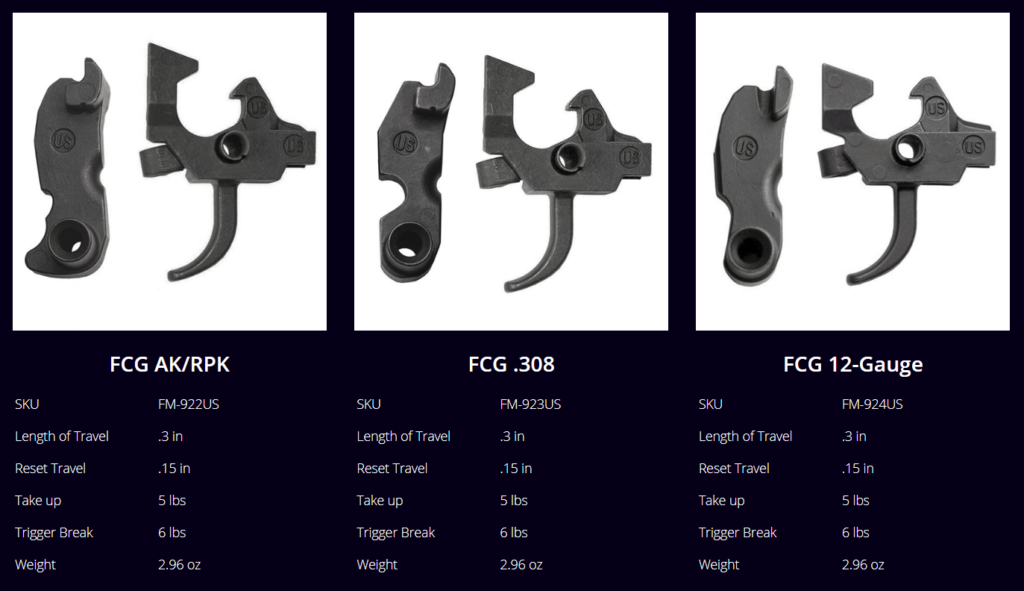 While not often included with other similar products, the FIME FCG includes the hammer stop, disconnector spring, and sleeve. The trigger comes completely assembled, delivering a drop-in construction.

Created to perform under a variety of conditions such as combat, competition, training or just plinking on the range, the FIME FCG offers everything you need or want in your next fire control group. Simply put, the new trigger from FIME Group makes no compromises and the standard AK trigger still boasts an affordable price at just under $35.  Consequently, this makes the FIME FCG one of the best values on the market and a “must have” for your favorite AK.

Rumor is that FIME is creating an enhanced FCG which will be officially released at SHOT Show 2019 – I’ll stop by their new booth this year to check it out and keep you posted.  For now though, what fire control group are you using in your favorite rifle or shotgun?  What are you doing next to enhance your favorite firearm?