Grand Prairie, TX – GSM Outdoors, a multi-brand manufacturer and technology innovator of premium, specialized hunting gear, is excited to announce the impressive lineup of professional shooters and leading outdoor sports enthusiasts who will be meeting with NRA members and fans, in their booth at the 2019 NRA Annual Meeting at the Indiana Convention Center 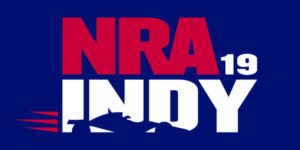 in Indianapolis, IN, April 25-28. These top-notch GSM brand ambassadors from the shooting, hunting, and self-defense segments will be on-hand throughout the event at the GSM Outdoors booth #7059 to talk with NRA members & fans, sign autographs, and share the camaraderie of our shooting and outdoor lifestyle. The lineup includes:

Doug Koenig is recognized as one of the all-time winningest professional shooters with more that 70 National Championships to his credit, a ten-time World Champion, and an 18-time winner of the Bianchi Cup. A pro shooter since 1990, Doug is also one of the longest-active shooters in the competition world. Members and fans can visit Doug at the GSM Outdoors booth on Friday, April 26, from 9am to 10am, and Sunday, April 28, from 2pm to 3pm.

Eva Shockey, one of the most influential and admired outdoorswomen in the industry and a familiar name to everyone in the hunting community, will appear at the GSM booth on Friday, April 26, from 12pm to 1pm. Eva is co-host of Jim Shockey’s Hunting Adventuresand author of the best-selling book Taking Aim. She looks forward to meeting with fans to talk about hunting and living the healthy hunting lifestyle!

Jessie Harrison is a champion world-class shooter and a championship title-holder of the renowned Bianchi Cup, Steel Challenge World Speed Shooting Championships, and numerous USPSA and US IPSC championships. One of the most successful competitive women shooters of all time and Captain of the Taurus shooting team, Jessie will make two appearances at the GSM booth. Visit with her Friday, April 26, from 3:30pm to 4:30pm, and Saturday, April 27, from 3:30pm to 4:30pm.

Kevin Dixie has become one of the shooting and self-defense segments’ most proactive 2nd Amendment advocates by bringing defensive firearm training to a “community-level” mindset. Kevin established his firearms training operation No Other Choice to teach all members of society the importance of freedom, prosperity, and liberty through defensive preparedness. Kevin looks forward to meeting NRA members and fans at the booth on Friday, April 26, from 12pm to 1pm and Saturday, April 27, from 2pm to 3pm.

Corrine Mosher, an accomplished tactical firearms instructor and a competitive shooter, makes her appearance at the GSM booth on Friday, April 26 from 1pm to 2pm and Saturday, April 27, from 1pm to 2pm. Corrine is a dedicated student of the gun and its many disciplines, from personal defense to competition. A classically-trained violinist who switched to a career in firearms training, Corrine is one of the most respected women shooters in the country and a top-level instructor in the defensive pistol, rifle, and shotgun categories.

Max Michel is one of the top-tier competitive shooters in the world and a member of Team Walker’s champion shooting roster. Max is Team Captain for the Sig Sauer USPSA shooting team, a former member of the U.S. Army Marksmanship Unit Action Pistol Team, and he operates the renowned Max Michel Training Academy for competitive and tactical firearms instruction. Max will be in the booth on Friday, April 26, from 4:30pm to 5:30pm and on Saturday, April 27, from 4:30pm to 5:30pm.