While other states (most recently Oregon and New Jersey) are posturing against gun rights, yesterday (March 28, 2018) the Missouri House Rules Committee passed House Bill 1936 which expands where you can carry concealed in their state. 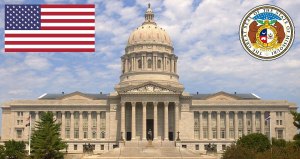 The Bill also mandates that state, local jurisdictions and public institutions of higher learning cannot impose any policies or contractual requirements that would prohibit employees or students from the carrying of concealed firearms. As such, the Bill allows for full reciprocity and for individuals with a concealed carry weapons (CCW) permit would not be able to carry into college campuses.

In opposition to the Bill, State Rep. Michael Butler (D) voted against the measure, along with other Democrats on the Legislative Rules Committee. Despite the facts and testimony by supporters of the Bill that gun-free zones just create opportunities for shooters, Butler stated “[t]his is their solution to the Parkland shooting, and it’s not going to work,” … “They believe when people have guns, they won’t get shot.”

According to the Bill Summary, proponents of the Bill argued that “gun free zones just create opportunities for shooters. Establishing gun free zones has not ended mass shooting. Law enforcement can’t be everywhere; they can’t stop all crimes in progress. People need to be able to defend themselves.”  Continuing, supporters of the Bill noted “numerous examples of instances where a shooting could have been stopped or prevented if bystanders or victims had the opportunity to carry a weapon.”

Where does your State stand?  What are you doing to make sure your State does not move against your rights?  Don’t just think that other States will follow the lead of Missouri without you letting your elected officials know how important this issue is to you and your family.