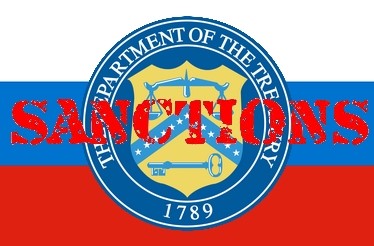 The Trump administration announced new sanctions on Russia.  These new sanctions appear to be the most stringent punishment yet by Trump for Russia’s election interference.  In announcing the sanctions, the administration disclosed a Russian attempt to penetrate the US energy grid and that the new sanctions would punish actors for their participation in other major cyberattacks.

Treasury Secretary Steven Mnuchin stated that “[t]he administration is confronting and countering [] Russian cyber activity, including their attempted interference in US elections, destructive cyber-attacks, and intrusions targeting critical infrastructure…”  In total, the administration applied new sanctions on 5 entities and 19 individuals and are a part of the United States cooperation with its European allies in blaming Russia for a nerve agent attack in Britain.

Now I am sure you are asking how this applies to the firearms industry.  The answer is simple – these sanctions started in 2014 by targeting Kalshnikov Concern (the Russian defense company that originally brought you Izhmash and Saiga rifles and shotguns) and in June of last year targeted Molot-Oruzhie (the remaining company producing high quality Russian firearms).  If anyone thought they were going to wait it out and pick up a new Russian AK rifle when everything died down or that the sanctions might go away, today’s sanctions should dash these hopes and send them looking for those few remaining products in the marketplace before the prices inevitably increase.  Couple this with the concerted effort to eliminate your 2nd Amendment Rights or at least curtail your ability to buy certain firearms and magazine and it looks like the perfect storm.

Do you support the expansion of these sanctions on Russia?  Do you believe the original sanctions against Russian firearms companies were just another form of gun control?  Do you have a favorite Russian in your gun safe?  Let me know thoughts and share a picture – everyone loves a beautiful Russian.