Randy, a retired machinist from Newark, OH, used his Savage 112 in .338 Lapua Magnum mounted in a metal chassis he designed himself to set the record under the stringent conditions ELR Central (an organization of ELR competitors) requires to set the new record. 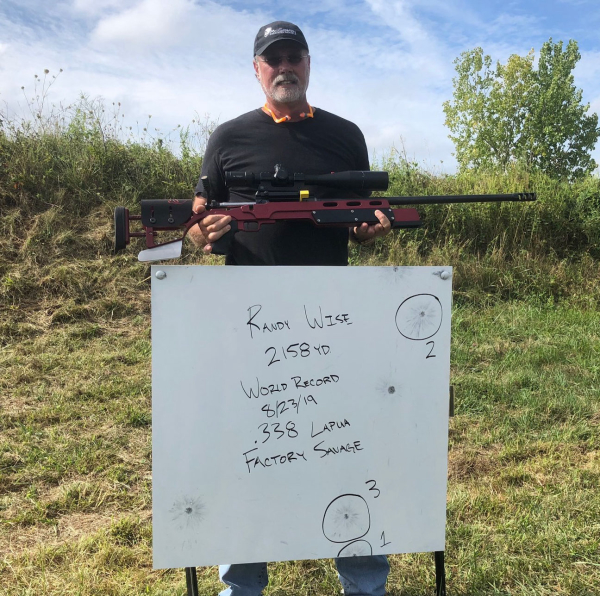 What does it take to set a new ELR world record? The requirements are difficult; only three shots can be fired, all of which must impact a target no larger than 36 inches; all shots must be fired within three minutes; and neither the shooter, nor the rifle may have fired within the last five hours.

Under these stringent rules, precision and consistent performance are absolute necessities. When asked about his preparation and his choice of components for the World Record attempt, Randy stated, “When I asked around, other shooters recommend that I start with Berger bullets and Lapua cases.”

After more than 60 unsuccessful attempts by fellow competitors to hit the world record target in challenging conditions, Randy set up his rifle, checked the wind, and told the officials he was ready. He fired quickly, spotting his own impacts, and was able to score three hits on the 36” plate at over 1.2 miles within the allowed three minute time limit.

Congratulations, Randy, on your new ELR World Record! Randy’s achievement shows what is possible when you pair a talented shooter with superior components.