I recently had an opportunity to spend some range time with the relatively new offering from Sig Sauer. For those not aware, Sig Sauer has historically released select guns under their “X-Five” line which some could consider their match grade class. Guns released into this class receive enhanced trigger configurations, added weight, slide cuts, mag wells, custom finishes etc. In short, everything you could want to be done for a competition gun right from the production line. In addition to the X-Five class, Sig Sauer also has a line of tricked-out firearms referred to as “Legion” which is more aesthetic than anything by way of upgrades but there is a slightly more refined trigger. Sig also opens a special, members only shop to customers who spend the
few extra dollars for a Sig Sauer Legion gun.

The P320 have been in the X-Five line for over a couple years at this point. The P320 X-Five is great and certainly meets all the qualities of a match grade handgun. But recently the P320 X-Five has been inducted into the Legion line and more than the aesthetics were changed. Sig has a proprietary method of mixing in powdered tungsten steel into the polymer mix for their frames. This increases the overall weight of the frame and by default, the gun as well. With the existing relief cuts in the slide, this balances the weight closer to the hand of the shooter leaving the perceived recoil a much more pleasant experience. One negative change, in my opinion anyway, was the removal of the match grade barrel from the P320 X-Five as it entered the land of Legion. There were pros and cons to the tighter lock up an tolerances of the barrel, chamber, and breach but the pros outweighed the cons which were limited to reliability with some softer shooting reloads.

A variety of ammo was fired from the P320 X-Five Legion during my range session. The fiber optic sight was easy to pick up and keep on target while running various plate rack drills. The trigger was light and crisp breaking cleanly at a 90-degree angle with almost no over-travel. During dry fire I even remarked that the striker releasing seemed almost too light to ignite the primer. No failures or misfeeds were experienced during my time with it and the gun tracked beautifully, easily keeping up with my compensated Glock 19 with a Trijicon RMR micro red dot sight mounted. Though the P320 X-Five Legion has the capability of mounting a red dot sight, I would argue how necessary it would be after observing the gun’s performance. After the dust had settled and the rounds were but empty casings on the gravel, the P320 X-Five Legion left a grin on my face which is bitter-sweet being the Glock fan that I am. All-in-all the P320 X-Five Legion gets 4.5 out of 5 stars. I’d really like to see the match grade barrel remain with this model but I am certain any purchaser will=not suffer any remorse. 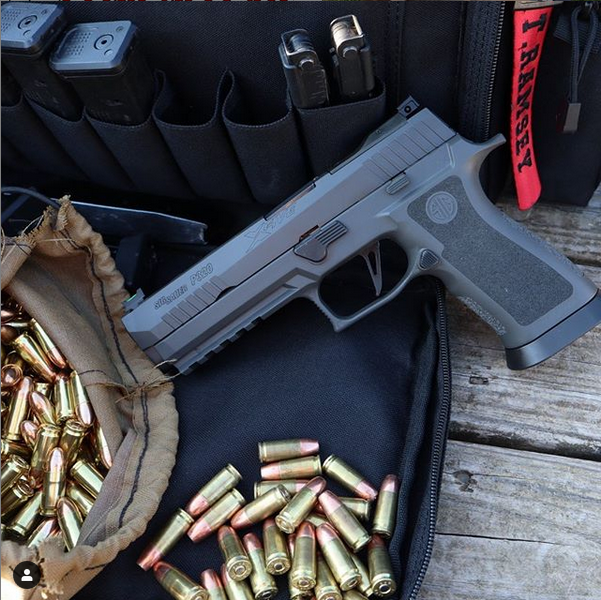 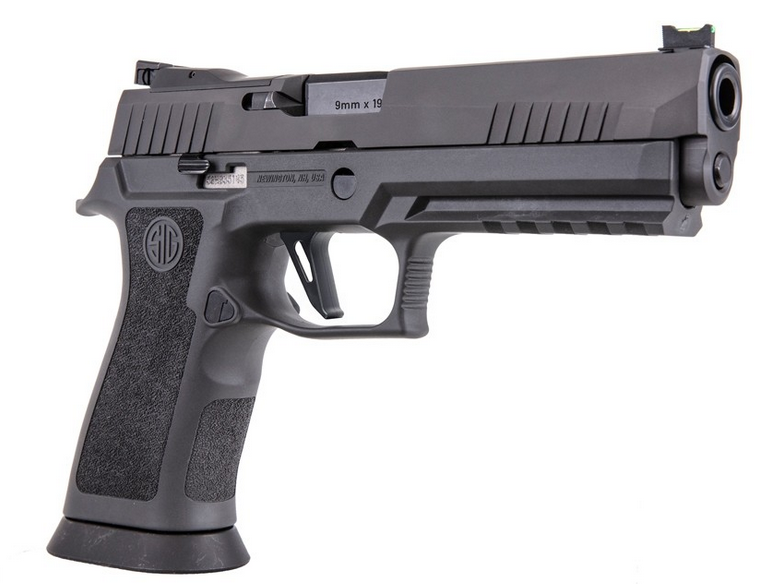