But proponents of constitutional carry, which is now the law in some 15 states, aren’t frightened at all. There are constitutional carry efforts underway in several states, the news agencies reported, including Utah. According to the Salt Lake Tribune, House Bill 60 is moving through the legislature and Gov. Spencer Cox supports the concept. The bill, which may be read here, has 33 co-sponsors.

But it is Montana where Watts’ group, which is supported by anti-gun billionaire Michael Bloomberg, is focusing much of its alarmist rhetoric. There, according to Gary Marbut, president of the Montana Shooting Sports Association (MSSA), House Bill 102 is progressing. Via email, he told Ammoland News the measure, which will eliminate so-called “gun-free zones” and allow permitless carry, along with other reforms, “has passed the House and will see executive action by the Senate Judiciary Committee.” 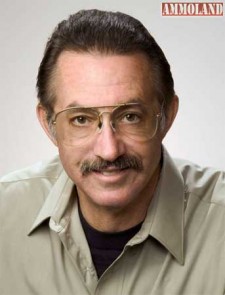 He acknowledged the potential for some amendments, but he predicted a win in the Senate and then the legislation goes back to the House for concurrence.

Permitless concealed carry legislation evidently doesn’t please Watts at all. She told the Associated Press, “It is dangerous to allow people to carry hidden, loaded handguns possibly without a background check or any training.”

But the Moms group has taken to personally attacking Marbut, describing him in a news release as a “reckless gun extremist.” The group contends Marbut—the 2020 recipient of the “Grassroots Activist of the Year” award from the Citizens Committee for the Right to Keep and Bear Arms—has “extensive links to the militia movement and other extremists (sic) groups.”

And MDA further asserts: “In a recent piece in The Missoulian, Marbut highlights his support for a program that encourages children in first through third grade to have firearms in their classrooms. Research shows us that when children have access to firearms it triples the risk of firearm suicide across all age groups.”

However, the program does not appear to encourage any such thing, and neither does Marbut. Instead, the veteran Second Amendment advocate offered a draft resolution for consideration by the Missoula City Council.

The resolution includes a suggestion that the “Be Safe” program, a “firearms safety curricula designed for children in first through third grade” and approved by the Office of Public Instruction be used in the Missoula school system. And what does this program say?

“Be Safe is a story about how one typical Montana family deals with firearm safety issues in their home,” the website says. “This story is designed to be read to children of ages in first through third grades.

“Usually,” the explanation continues, “the presenter will read the story to kids, then will pass out a copy of the Be Safe brochure to each child, and ask them to take it home and ask a parent to read it to the child and siblings one more time before the children’s bed time. This helps initiate a family dialog about gun safety, and helps establish family standards for gun safety.

“Some parents may say, ‘But we don’t have any guns in our home,’” the narrative acknowledges. “Fine, but nearly all children will sometimes play at a friend’s or neighbor’s home. We estimate that about 90% of the homes in Montana contain firearms. We want all children to understand the first principle about gun safety for kids – don’t touch. If children should come into association with a firearm, anywhere, they will need the inoculation of some firearm safety preparation, just like water safety, fire safety, or traffic safety.”

Instead of promoting fear of firearms, the “Be Safe” program appears to promote respect for guns.

Marbut’s draft resolution also includes a section promoting the teaching of a Hunter Education course in Missoula public schools; the course offered by the Montana Department of Fish, Wildlife and Parks.

But this example raises a question: If the Moms group says this about Marbut and his effort to provide genuine firearms safety training as part of the public school curriculum—there is nothing suggesting that children “have firearms in their classrooms”—what else is the Moms group wrong about? And is this apparent misrepresentation an accident or deliberate?

In his November 2020 Op-Ed in the Missoulian, Marbut recommended “that some additional training be planned and implemented for any City of Missoula personnel who may be involved in any way with enforcing Missoula ordinances, so that such personnel will be familiar with the changed conditions. Such training will help avoid any misunderstandings that could incur liability for the City of Missoula.”

This was in the wake of voter approval of Legislative Referendum 130, which strengthened state preemption.

It appears likely “constitutional carry” will become law in Utah and Montana, and perhaps elsewhere, the Associated Press story indicated.

Meanwhile, in Washington State, legislation is under consideration that likely appeals more to MDA members because it would ban so-called “high capacity magazines.” During a spirited hearing Monday before the Washington Senate Law & Justice Committee, advocates and proponents testified, reminding the Democrat-dominated committee that a case currently in the Ninth U.S. Court of Appeals known as Duncan v. Becerra has already been ruled on twice, both times finding a ban on such magazines in California to be unconstitutional.

Dave Workman is a senior editor at TheGunMag.com and Liberty Park Press, author of multiple books on the Right to Keep & Bear Arms, and formerly an NRA-certified firearms instructor.

Any suggestions or comments for this #gungirl ? .

#government does not “grant” rights. . . Repos