Warning: Some Rossi Revolvers May Fire When Dropped

Owners of .38 Special and .357 Magnum Rossi revolvers can receive benefits from a settlement of a class action.

The Settlement offers an Enhanced Warranty, inspections, repairs, and payments to eligible claimants. 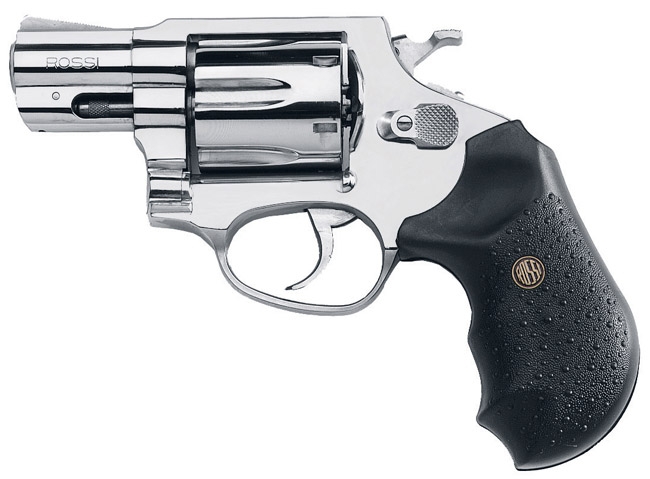 MIAMI — A settlement has been reached in a class action lawsuit claiming that certain Rossi brand revolvers are defective in that they could unintentionally fire when dropped. The Defendants Forjas Taurus, S.A., and BrazTech International LC (doing business under the brand “Rossi”) issued a Warning about these safety concerns in September 2018. Rossi, however, denies all allegations of wrongdoing and liability alleged in the lawsuit, and the Court has not decided who is right. The parties have agreed to settle.

What are the Settlement Benefits? The Settlement establishes an “Enhanced Warranty” allowing current or future owners to send in their Class Revolvers for inspection, repair if necessary, certification, and cleaning, all free of charge (including shipping, labor, and parts). Additionally, each Class Member who takes advantage of the Enhanced Warranty and files a valid claim will receive a $50 cash “Inconvenience Payment.” The settlement does not include claims for personal injury.

How can you file a Claim? If you are a Settlement Class Member, you must submit a valid claim to receive an Inconvenience Payment. The claim period will run for one year after the settlement becomes final and effective, and the deadline will be posted on the website when the claims period begins. There is no deadline to participate in the Enhanced Warranty. In order to be eligible to receive an Inconvenience Payment, you must also have sent in your Class Revolver for inspection and repair under the Enhanced Warranty. You can file your Claim Form online at www.RossiRevolverSettlement.com, or you can print out a Claim Form from the website or get one by calling the toll-free number below and mail your claim to the Claims Administrator.

What are my other options? If you do not want to be legally bound by the Settlement, you must exclude yourself by July 15, 2019. If you do not exclude yourself, you will give up any claims against Rossi covered by the Settlement, and will not be able to sue Rossi for these types of claims in the future. You may object to any aspect of the Settlement, but you must do so by July 15, 2019. The Long Form Notice of Settlement found on the settlement website provides greater detail on how to exclude yourself or object. The Court will hold a Hearing on August 27, 2019 to consider whether to approve the Settlement and requests for attorneys’ fees and costs of up to $5,553,000 and Incentive Awards of $7,500 to each of the three Class Representatives. If you file and serve an objection, you and/or your attorney (if you choose to hire one at your own cost) may appear at this hearing (but are not required to).

This is only a summary. For detailed information including the full notice, the Settlement agreement, and claim forms information, visit www.RossiRevolverSettlement.com or call 888-724-0242.