Jack Carr is a (retired) Navy SEAL and the best selling author of True Believer, the follow-up to his previously released novel The Terminal List. His books chronicle former Navy SEAL James Reece’s path of revenge as he uses his skill, cunning, and heroism to put the US Government back in his debt. 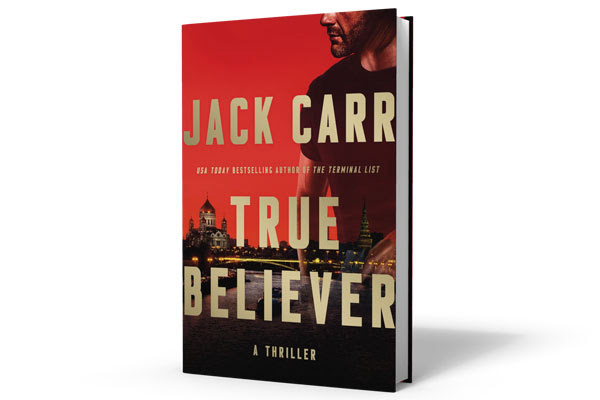 Carr draws on his experience and skill as a Navy SEAL to bring authenticity to James Reece’s character and encounters, while featuring SIG SAUER firearms including the SIG SAUER P320 XCARRY and the award-winning everyday carry, high capacity SIG SAUER P365 pistol throughout his story, in addition to referencing the training opportunities at the SIG SAUER Academy. Further, True Believer is a high-intensity roller-coaster ride that explodes with action and authenticity that cements Jack Carr as the new leader in political thrillers.

The book-signing event will feature an exclusive reading from True Believer, meet-and-greet, and photo opportunity with Jack Carr. The Terminal List and True Believer novels will be available for purchase throughout the event, in addition to event exclusive discounts on in-stock SIG SAUER items and special pricing on SIG SAUER firearms packages at the SIG SAUER Academy Pro Shop.