All action shooting enthusiasts attending the 2019 National Championships at the Cardinal Shooting Center in Marengo, OH are invited to attend a unique learning opportunity presented by SIG. Clinic times are Monday, July 15 10:00AM and 3:00PM at the action shooting range. Max will also be shooting the official SASP course of fire on Monday starting at Noon. 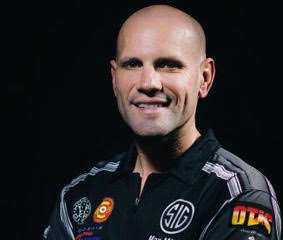 Max will also be providing personalized coaching to 4 specially selected SASP athletes at noon while he shoots the SASP Nationals stages. The 4 SASP athletes will be chosen from those in attendance and will get to shoot one stage with Max while he coaches them through the stage.

As the Captain of Team SIG, Max is recognized worldwide as a top tier athlete and instructor, along with being mentor and coach for the team.

For more information on the 2019 SCTP National Championships visit www.sssfonline.org.

About the Scholastic Shooting Sports Foundation

The Scholastic Shooting Sports Foundation (SSSF) is 501(c)(3) public charity responsible for all aspects of the Scholastic Clay Target Program (SCTP) and Scholastic Action Shooting Program (SASP) across the United States. SCTP and SASP are youth development programs in which adult coaches and other volunteers use shooting sports to teach and to demonstrate sportsmanship, responsibility, honesty, ethics, integrity, teamwork, and other positive life skills.