Two first-time National Champions were crowned today at the International Shooting Park outside Colorado Springs, as the four-day test of nerves and shooting skill concluded in Men’s and Women’s Trap. Julia Stallings and Alex Rennert are your 2019 National Champions.

The recent Lindenwood University graduate, Stallings (Rossville, Tennessee) is a first-time National Champion and she beat a talented field in the Finals after shooting 234/250 and entering as the fifth overall qualifier. She found a rhythm in the Finals and rode that to the national title, earning a one-point victory over 2018 National Champion Aeriel Skinner (Jackson, California). Skinner finished sixth at the recent Spring Selection Match. 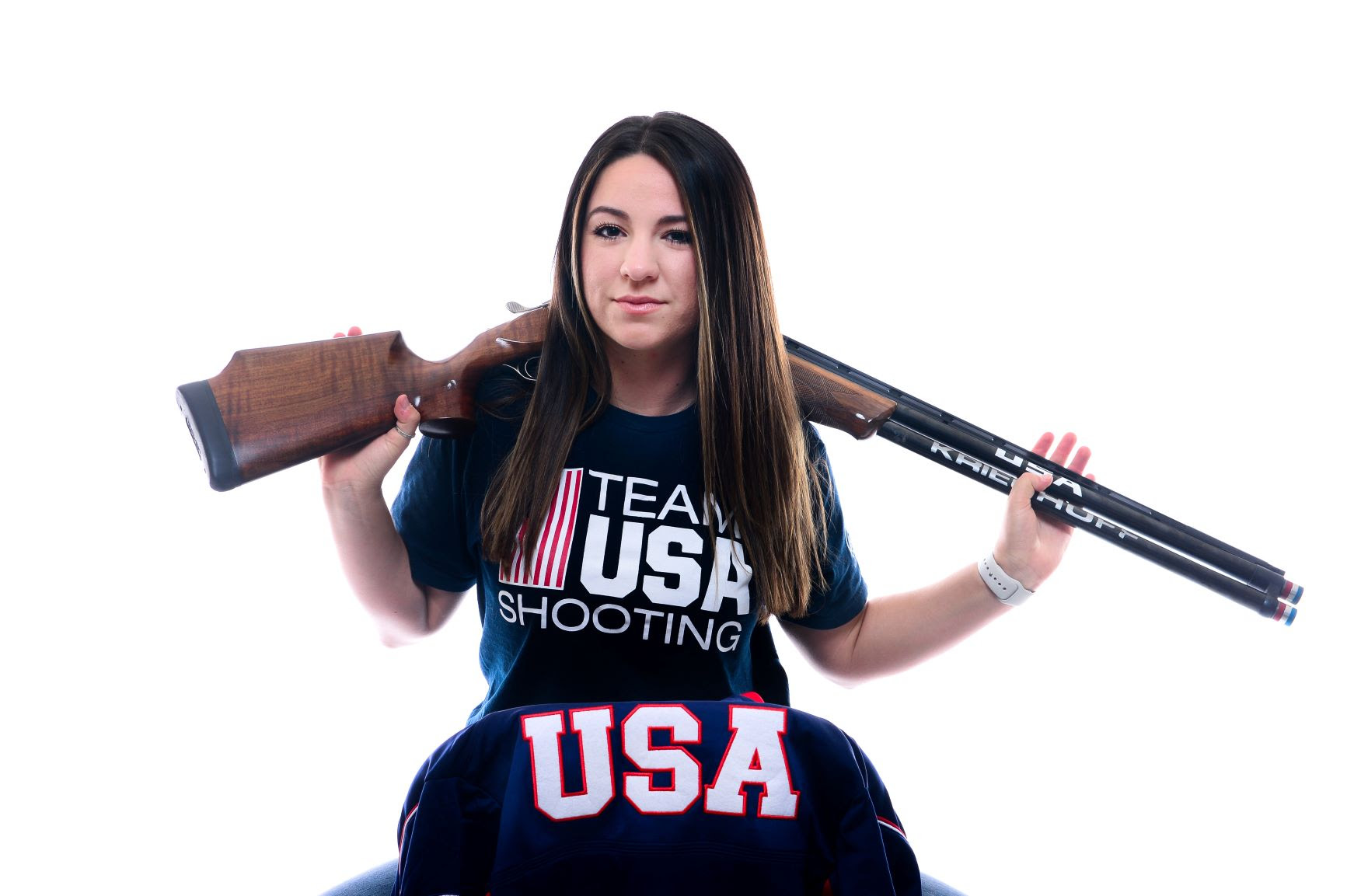 “This feels like a milestone and one of the many steps I have to take to get to the ultimate goal of becoming an Olympic champion,” Stallings said. “What it took to get here were a lot of tears, frustration, and ultimately patience to trust myself in hitting the target.”

Using a borrowed gun due to her barrels cracking two days before Nationals began, Ashley Carroll (Solvang, California) is the 2019 bronze medalist.

Finishing fourth was Kayle Browning (Wooster, California). Despite not getting on the podium, Corey Cogdell-Unrein (Eagle River, Alaska) had a great performance, particularly since less than two months ago she was giving birth to her first child. She showed a return to form by finishing Qualification in first place with a score of 238, two targets better than any other competitor. Once in the Final, the three-time Olympian and two-time Olympic bronze medalist would finish fifth. Madelynn Bernau (Waterford, Wisconsin) would finish sixth.

Led by Rennert, it was a dominant trap performance for the U.S. Army Marksmanship Unit (USAMU) in Men’s Trap. Rennert headlines a 1-2-3 podium sweep for USAMU soldier athletes. After two previous bronze medals, Rennert finally captures the national title he was so eager to achieve and making it even better was getting the chance to share that podium with his USAMU teammates.

Rennert would survive a three-athlete shoot-off for two Finals spot to even get the opportunity to put a podium run together. Once there, he’d connect on 47 targets, two better than Will Hinton (Dacula, Georgia) with Austin Odom (Benton, Arkansas) finishing third.

Sevin Layer (Palm Harbor, Florida) was the top Qualifier, missing just six targets over 250 shots, but would have to settle for fourth. Derrick Mein (Paola, Kansas) was fifth and Jake Wallace (Castaic, California) was sixth. Wallace and Rennert shot-off against the USAMU’s Derrick Haldeman (Sunbury, Ohio) to advance to the Finals after he missed his first target.

“Winning a National Championship was an absolute privilege to have been able to share the Final with some of the best shooters our country has to offer,” Rennert exclaimed. “My AMU teammates, Will Hinton and Austin Odom kept the pressure on the whole final and I couldn’t be happier for all of us to have swept the podium. My fellow Floridian Sevin Layer had an amazing match and has been proving time and time again that he’s a force to be reckoned with. Derrick Mein and Jake Wallace both had awesome performances as well and again it was my pleasure to be able to share the field with them. I couldn’t have made it this far without the support of the United States Army and the Army Marksmanship Unit. My teammates, training partners and friends are the finest group of people I’ve ever known, and I owe most, if not all of this, to them.”