Republicans Cave to Gun Control with Violence Against Women Act IMG NRA-ILA
U.S.A. – -(Ammoland.com)- “Red flags in H.R. 1620 up for negotiation,” Gun Owners of America alerted members earlier this month. “[GOA] has been fighting against a new form of ‘red flag’ gun confiscation orders in the Violence Against Women Reauthorization Act or VAWA since 2019, when anti-gunners politicized the funding to include gun control.”

It sounds like the crazy ones who need to be locked up are the racist, anti-gun “mental health professionals.”
U.S.A. – -(Ammoland.com)- “Whiteness is a condition one first acquires and then one has—a malignant, parasitic-like condition to which ‘white” people have a particular susceptibility,” the abstract for “On Having Whiteness” in The Journal of the American Psychoanalytic Association asserts. “Parasitic Whiteness renders its hosts’ appetites voracious, insatiable, and perverse. These deformed appetites particularly target nonwhite peoples.

“There is not yet a permanent cure,” we are told.
Possibly there is if one is to heed the prescription offered by Dr. Aruna Khilanani, a Manhattan psychiatrist and psychoanalyst who offered her “final solution” to medical students and faculty at Yale School of Medicine’s Child Study Center. While lecturing on the “Psychopathic Problem of the White Mind,” she “told the audience that she had fantasized about ‘unloading a revolver into the head of any white person’ who got in her way,” the Daily Mail reported.

These aren’t just isolated nutjobs. These are voices that influence their professions. Their opinions, in turn, are used to shape public opinion and craft laws, including citizen disarmament edicts enacted under the pretext of “mental health.”

There’s a reason why they call us “gun nuts.”
That’s why “helpful” Republicans who enjoy a reputation of being “pro-gun” are not doing the people who elected them any favors by advancing “bipartisan” legislation.
Backers of such bills tell us “due process” protections will be ensured by seeing individuals get their day in court. It would help if we knew what protections equivalent to those provided in a jury trial that will provide. Specifically, will decisions rely on those who may have biases of their own, as can currently be the case, with ATF’s “clarifying the term ‘adjudicated as a mental defective’ to mean a determination by a court, board, commission or other lawful authority,” and with some states applying even broader “standards”?
What objective protections will exist to offset politically connected anti-gun judges, politically-appointed boards, and “expert” adherents of the American Psychiatric Association’s “Position Statement on Firearm Access, Acts of Violence and the Relationship to Mental Illness and Mental Health Services.” It’s fair to ask because APA included in its advocacy platform such diktats as registration-enabling background checks, “smart” guns, storage mandates, “gun-free” zones, doctor-patient boundary violations, and tax-funded anti-gun “studies,” all outside the scope of the training and credentialing of those making these proposals.
Of special interest – or it should be: How will rights be restored when there is no longer a compelling mental health prescription to deny them (assuming that’s even obtainable)?
What universal appeal mechanism – affordable to all, not just to elites for whom money is no object – will exist to declare a person is once more “eligible” to keep and bear arms? What guarantees are there that the same biases that colored the disability ruling in the first place won’t reassert themselves in the “parole” process? And have we identified psychiatric evaluators, risk management administrators, and insurers who will be willing to subject themselves to malpractice liabilities should a person deemed “fit” be misdiagnosed? Or will the pressure from all considerations be to “err on the side of caution”?
The simple truth of the matter is that anyone who can’t be trusted with a gun can’t be trusted without a custodian, and that must require full due process before being imposed. Leaving someone who has been adjudicated a danger to himself or others with uncontrolled access to people and things will only produce disaster. As the quote (popularly but incorrectly attributed to Einstein) goes, doing the same thing over and over again and expecting a different result is the definition of insanity.
Racist shrinks who view human beings they hate as malignant parasites who deserve to be shot in the head are more than crazy, they’re evil. Trusting anti-gun associations that promote such monstrous ideas with a say in anyone’s rights is beyond nuts, it’s suicidal.

About David Codrea:
David Codrea is the winner of multiple journalist awards for investigating/defending the RKBA and a long-time gun owner rights advocate who defiantly challenges the folly of citizen disarmament. He blogs at “The War on Guns: Notes from the Resistance,” is a regularly featured contributor to Firearms News, and posts on Twitter: @dcodrea and Facebook.

The Roberts Court, April 23, 2021Seated from left to right: Justices Samuel A. Alito, Jr. and Clarence Thomas, Chief Justice John G. Roberts, Jr., and Justices Stephen G. Breyer and Sonia SotomayorStanding from left to right: Justices Brett M. Kavanaugh, Elena Kagan, Neil M. Gorsuch, and Amy Coney Barrett.Photograph by Fred Schilling, Collection of the Supreme Court of the United States
United States – -(AmmoLand.com)- The Supreme Court’s ruling in Caniglia v. Strom could be a boon to Second Amendment supporters concerned about so-called “red flag” laws. In a unanimous ruling centered on the Fourth Amendment’s protection against unreasonable searches and seizures, the Supreme Court has now offered the chance to, at the very least, force reforms in those laws, if not outright block them.

Florida Republican Senators Marco Rubio and Rick Scott are the lead sponsors on S. 292, a massive ‘Red Flag Gun Seizure’ spending bill that bribes state legislatures into enacting this law at the state level, with taxpayer dollars!
Idaho – -(AmmoLand.com)- “This whole gunfight is going to come down to ‘Red Flag Gun Seizures.’ Moderates in the GOP think they can vote for that without getting burned…and if they pass ‘Red Flags,’ Biden will use that momentum to go for AR-15’s and mags next.”

From their fundraising appeals, you’d think the entire Republican National Senate Committee does. (RNSC/Facebook)
U.S.A. – -(Ammoland.com)- “Stop Biden from DESTROYING Trump’s Wall!” an email solicitation from the National Republican Senatorial Committee urges.  “Biden is DESTROYING Trump’s Border Security!  He stopped construction on Trump’s wall and may start to tear it down.  And now the CRISIS on our southern border is worse than ever!” 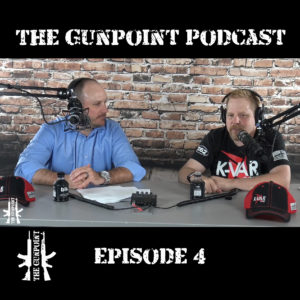 What are your thoughts on Red Flag Laws? Do they eliminate due process and violate law abiding citizen’s rights? Are Red Flag Laws necessary?

Did you get your order in? We promise we won’t t