Reasons like ammo availability and ammo consistency for those moving over from the AR platform to the AK has shooters eyeballing the Arsenal SLR106 series rifles like never before. According to recent discussions with K-Var, 5.56 AK’s are selling at nearly 40 times the rate that they were selling at this same time last year. After going to events like Red Oktober and seeing so many shooters walking around with 5.56 AK’s, that is very easy to believe.

But seeing it in the hands of others is not what made me a believer.  Rather, the Arsenal SLR106 rifle has been a go-to rifle for me over the last few years. After years of training with 5.56 rifles and stocking up on 5.56 ammo it was an easy decision to grab an AK with that chambering when heading out of the house.

Many traditional AK purists would balk at those who choose to shoot the AK platform and then choose to buy one chambered in 5.56.  However, what they cannot deny is the fact that the AK platform is simply the most reliable and battle tested firearm platform on the planet and the 5.56 round is not only popular it has proven to be as effective and reliable as the firearm and shooter sending it downrange.  Consequently, when these two great performers came together the resulting synergy seems to have created nothing short of a new uprising of support for the AK and new breed of AK disciples.

Have you shot a 5.56 AK yet?  Are you a purist or are you part of the new breed seeking the evolution of the AK?  Let me know in the comments what you think. 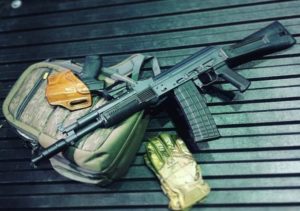 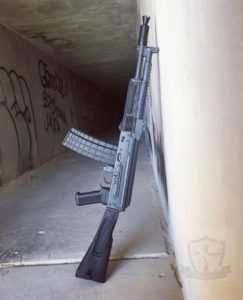 Since Red Oktober, Rifle Dynamics has been consistently mentioning the “RD NATO AK” on social media and just this week in one of Rifle Dynamics’ From The Workbench posts, Jim Fuller announced that they will be offering the “RD NATO AK’ built on an Arsenal SLR106F. The rifles feature their custom frontend conversion with a tuneable gas block, Tango Down AK Battle pistol grip, folding stock complete with a trapdoor for storing your AK cleaning kit, Fuller Rear sight, UltiMAK picatinny gas tube for mounting your red optic of choice and sports a clean molyresin finish. The rifle ships with a 20 round Circle 10 magazine. They will also ship the rifle with the shooters muzzle brake of choice.

This is extremely exciting to us at the Kalashnikov Society as we’ve seen that more and more shooters are coming over to the dark side and picking up a Kalashnikov pattern rifle to experience for themselves why those that shoot AK’s love them so much. 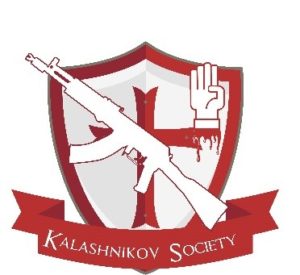