Be you an avid collector or a first-time buyer; you should have a Glock in your collection. This article has nothing to do with brand loyalty or being a fanboy. Also, before it gets mentioned, it won’t fit your hand or be comfortable. It is ugly, and despite the tagline, it is far from what many would define as “perfection,” but the reality of the situation is the Glock is the most popular handgun for a reason. When it first launched in the early 1980s, Gaston Glock sought to make improvements over current handguns available for the time. The answers he and his team of consultants surmised were that whatever they make should be reliable, easy to operate, or learn to work, durable, lightweight, and affordable. If meeting one’s goals for design is considered perfect; then in that respect, Glock hit a home run because his handguns are all those things.

The proof is in the proliferation. Literally on every continent of the globe, Glocks can be found and have certainly been heard of if not owned. I would even argue that it is the AK-47 of the pistol world and not only found on the battlefield but also the belt of many law enforcement agencies across the United States but also in nearly every home as well. Based on that premise, it could even be that the Glock is more popular than even the AK-47. Before the SigSauer M17 and M18 are brought up, remember that Sig won that contract based on price. When have you known the U.S. Military to not go with the lowest bidder?

Some may claim that Glock has many flaws. As I mentioned, the handle of the gun is about as ergonomic as a two-by-four, the plastic sights will break, but aside from that, there are not many other complaints to be heard. It might be worth further research, but most people who claim that Glocks are inaccurate might be lacking in the training and experience department. As has been stated, nearly every gun manufactured in the last half-century is relatively precise, so if your uncle keeps hitting low and left every time he picks up a Glock, he might want to consider putting more than 50 rounds a year down range.

There are many other fantastic guns on the market, but you are screwing yourself if you don’t include a Glock on your short list. The bottom line is training should be a priority, and in a short time (and maybe some upgraded sights) you’ll find that the Glock lives up to all the hype and will serve you well. Yes, the 1911 was in 2 World Wars, but that is because Glock wasn’t around. 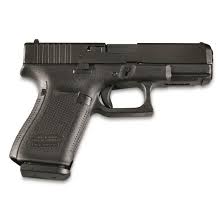 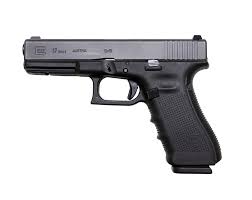