As kids are back to school and parents are getting back into a routine, I want to remind everyone that soon they are going to have an opportunity to shape Nevada and America unlike very few midterm elections before.

Nevada has the opportunity to elect a whole new executive branch that will shape the next four years.  A new governor, lieutenant governor and attorney general are inevitable and whomever Nevada elects will have the task of assuring Nevada continues to be a place where both individuals and businesses can coexist and thrive. 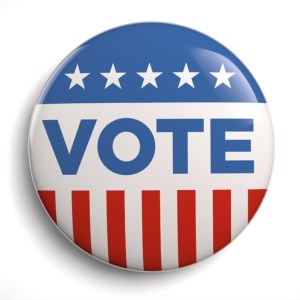 I have heard many question why these elections matter.  In response one only needs to look to Nevada’s western border to see the throngs of people flowing out of California which has placed individuals and businesses at odds such that neither can continue to reside in the “Golden State.”  The real concern that many have are that those fleeing from states (such as California) which have failed them are whether they have learned anything or whether they are going to bring with them those same policies that caused them to leave in the first place.  Nevada cannot and will not fail.   America cannot and will not fail.

Locally, we must unite and work together to assure Nevada remains a place that we and future generations can be proud to call home and as Americans we must unite to protect the freedoms that are under constant attack by

those willing to trade freedom and choice for perceived safety. Simply put, as Nevadans we were “Battle Born” and we must continue the good fight to assure we remain free.  How can we do this?

The answer is simple – you must VOTE and you must get your friends and neighbors out to VOTE.  Edmund Burke aptly stated that “the only thing necessary for the triumph of evil is for good men to do nothing.”  To this end, I call upon the citizens of Nevada and the rest of the country to wake up from your safe zone slumber and retake back the God given rights and privileges provided for and guaranteed under the Constitution.  As a citizen, you have a right and an obligation to participate in the political process.  That means you have the right to have your voice heard from the pulpit of the election booth.  I am confident that when your voice joins with the chorus of like-minded individuals, the resulting power from the symphony of voices will be enough to cut through the noise created by the media and special interest groups and the citizens of Nevada and America will once again reclaim control of their state and country.

The battle for liberty is real and as you wield your vote like a mighty sword you have the power to be part of the force that will vanquish enemies of this country and state through the death of a thousand cuts.  Let us be united, let us be committed and let us wake up and understand that we as citizens have the power.  We must remind our elected officials that they serve at the pleasure of the citizenry and if they are an unfaithful servant we will simply elect another to take their place.  I close with a quote from Albert Einstein “The world is a dangerous place to live; not because of the people who are evil, but because of the people who don’t do anything about it.”  Let us not be one of those people – we must do something, we must be heard, we must VOTE.