Its 1934, and Franklin D. Roosevelt is the president, the United States is engulfed by the Great Depression with dustbowl storms sweeping across the U.S. prairies. The average annual income was $1,600, the cost of a gallon of gas was 10 cents a gallon, and the average cost to rent a house was $20 per month.

As the situation seemed hopeless, more and more people turned to anyone promising them a better life. At this time in history, the rising leaders used peoples’ fears and prejudices to rally support and create scapegoats for the world’s problems. Stalin is in power in the Soviet Union and begins the “Great Purge.” Germany’s recently elected Adolf Hitler declares himself “fuhrer” and absolute leader of the country. 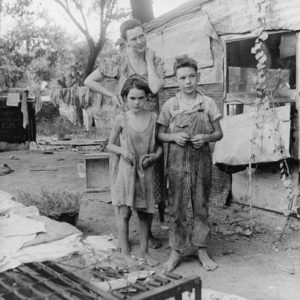 Mobsters, bootleggers and other criminal elements are on the rise with such events as John Herbert Dillinger dying after a shootout with the FBI outside Chicago, and Bonnie and Clyde finding the same fate near their hide-out in Black Lake, Louisiana. This is the backdrop for Congress as it takes one of its largest shots at the Second Amendment by promising security if the citizenry gives away some of their constitutional rights.

The initial draft of the National Firearms Act (“NFA”) looked much different than what we as firearms owners deal with today. As originally proposed, it sought to include in the legislation pistols, revolvers, or any other firearm capable of being concealed on a person (defined as anything having a barrel of 16 inches or less). It further defined a machine gun as any weapon designed to shoot automatically, or semi automatically, 12 or more shots without reloading. Outlining the bill, the Attorney General of the United States, Homer S. Cummings (D) stated:

This bill deals, as the very first part of it indicates, with firearms, but defines “firearms” to mean a pistol, a revolver, a shotgun having a barrel less than 16 inches in length, or any other firearm capable of being concealed on the person, a muffler or silencer therefor, or a machine gun. In the next paragraph it defines a machine gun as any weapon designed to shoot automatically, or semiautomatically, 12 or more shots without reloading. The inquiries we have made of experts on the subject of the length of the barrel of sawed-off shot guns indicates the general belief amongst such people that 18 or even 20 inches would be a better maximum length than the 16 inches suggested in our bill.

A sawed-off shotgun is one of the most dangerous and deadly weapons. A machine gun, of course, ought never to be in the hands of any private individual. There is not the slightest excuse for it, not the least in the world, and we must, if we are going to be successful in this effort to suppress crime in America, take these machine guns out of the hands of the criminal class. 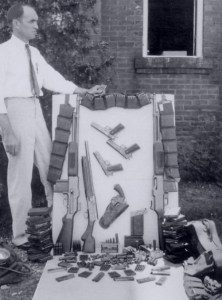 Notice that he did not state that the purpose was to disarm criminals but to take guns “out of the hands of the criminal class.” What class of people was he referring too? One only need to review the hearing transcripts to see that it was evident he viewed the average person as a part of the “criminal class” and was seeking to assure that no one except for the elite would be able to afford to own a firearm.

At a time when your monthly rent was $20, and people were struggling to afford the necessities of life, the government proposed a bill requiring a fee of $200 and registration of every firearm in the country. The result of the initial draft of the bill would be that either every person would either have to pay the “tax,” dispose of their firearms, or be convicted as a criminal. This intent was openly acknowledged by Attorney General Cummings who stated:

… And I am assuming in all this, of course, that the criminal elements are not going to obtain permits and they are not going to obtain licenses, and they are not going to be able to bring themselves within those protective requirements. Therefore, when we capture one of those people, we have simply a plain question to propound to him—where is your license; where is your permit? If he cannot show it, we have got him and his weapons, and we do not have to go through an elaborate trial, with all kinds of complicated questions arising. That is the theory of the bill. 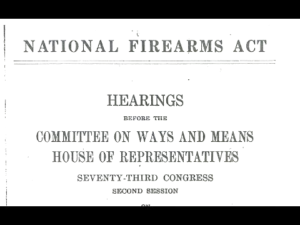 Yes, you read that correctly. If you cannot show your permit, they have got you and your weapons, and they don’t even need a trial with all kinds of complicated questions. When asked about whether there were other measures to seek out the criminal element without effecting the general populous the Attorney General responded:

Attorney General CUMMINGS: Why, there is a question of policy and there are a lot of people who think that would be too drastic; that it would reach too many innocent people who desire to carry weapons for what they think are proper purposes. Now I do not think it would be proper for me to go into it very deeply, but we have gone as far as we thought we could and yet find support for our propositions as a matter of policy.

Of course, the committee and the Congress will do as they please about this matter. I can only say what I think, and I think it would be a terrible mistake to adopt any half-way measures about this. I think the sooner we get to the point where we are prepared to recognize the fact that the possession of deadly weapons must be regulated and checked, the better off we are going to be as a people.

Now, you say that it is easy for criminals to get weapons. I know it; but I want to make it easy to convict them when they have the weapons. That is the point of it. I do not expect criminals to comply with this law; I do not expect the underworld to be going around giving their fingerprints and getting permits to carry these weapons, but I want to be in a position, when I find such a person, to convict him because he has not complied.

Mr. FULLER: Of carrying the pistol or weapon, instead of the offense with which he is charged?

Mr. LEWIS: General, you were compelled, in the case of one out law, which the Department has convicted, to resort to prosecution under the income-tax law?

Attorney General CUMMINGS: That is Capone.

Mr. LEWIS: You were compelled to do that by utter lack of power to deal with a national outlaw. 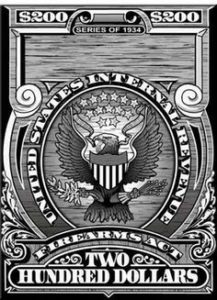 That’s right, the Attorney General in 1934 openly admitted that the proposed National Firearms Act was not the end game, but it was intended to go “as far as we thought we could and yet find support for our propositions as a matter of policy.” When questioned about the constitutionality of a registration program for those who currently owned the referenced firearms, the following dialog was had between members of the committee and the Attorney General:

Mr. McCLiNTic: I would like to ask just one question. I am very much interested in this subject. What in your opinion would be the constitutionality of a provision added to this bill which would require registration, on the part of those who now own the type or class of weapons that are included in this bill?

Attorney General CUMMINGS: We were afraid of that, sir.

Mr. McCLiNTic: Afraid it would conflict with State laws?

Attorney General CUMMINGS: I am afraid it would be unconstitutional.

So, if the Attorney General readily admits his concerns regarding the constitutionality of the proposed bill, how did he propose to enact and enforce it? Simple, just like Obamacare and other laws—he would call it a tax. However, unlike Obama and his administration, Attorney General Cummings openly acknowledged this strategy as evidenced by the following discussion with members of the committee:

Mr. LEWIS: I hope the courts will find no doubt on a subject like this, General; but I was curious to know how we escaped that provision in the Constitution.

Attorney General CUMMINGS: Oh, we do not attempt to escape it. We are dealing with another power, namely, the power of taxation, and of regulation under the interstate commerce clause. You see, if we made a statute absolutely forbidding any human being to have a machine gun, you might say there is some constitutional question involved. But when you say “We will tax the machine gun” and when you say that “the absence of a license showing payment of the tax has been made indicates that a crime has been perpetrated,” you are easily within the law.

Mr. LEWIS: In other words, it does not amount to prohibition, but allows of regulation.

Attorney General CUMMINGS: That is the idea. We have studied that very carefully.

To review the hearing transcripts yourself, you can check out this free Ebook.

Now, having reviewed the history and having reviewed firsthand the intended effect of the NFA, let’s look at where we are today. Even though the NFA has been in place for almost 80 years, many people still don’t understand it. Simply put, the NFA restricts sales, ownership, use, and transport of short-barreled rifles, short-barreled shotguns, machine guns, silencers and suppressors, and “destructive devices.” The emphasis focused on firepower (machine guns), concealable weapons (short this, short that, silenced etc.), and things that are generally deemed destructive.

With the passage of the NFA, these items immediately faced severe restrictions. While owning them is, and was, still technically legal, they had to be registered and were heavily taxed (remember to have an immediate and severe impact, the tax was set at $200 at a time when that would have paid your rent for nearly a year).

For all those that have undergone the process of procuring an NFA item, you know that the requirements and procedures are not all that different than they were in 1934. Namely, you must submit fingerprint cards, photographs, a completed ATF Form 4 and if you are an individual, a Form 5330.20 and payment of the “tax.” Then, you wait 4 to 6 months to get a response.

Clearly, this is not an efficient process. In fact, quite frankly, it is outdated. Today is a day and age where you can submit everything, including your taxes, online and receive an immediate or at least timely response back. You can usually get your tax refund back from the government within a few weeks when you submit everything electronically. So, how is it that it takes hard copies and months to get approval to own something the constitution permits you to legally have?

The system is broken and the government seems to have no incentive to fix the problem. Why? So, the government can use this system to fulfill the intent so clearly identified by the Attorney General in 1934 – keeping guns out of the hands of the wrong “class” of people! Yep, that’s you, me and everyone else who understands that $200 does not grow on trees and time is a precious commodity.

What do you think? What can be done to modernize the NFA Process?