The NSSF promotes programs like First Shots which helps introduce new young shooters to the basic safety protocols of firearms. IMG NSSF.org
U.S.A. – -(Ammoland.com)- “A North Carolina man died on Saturday after he broke into the home of a 73-year-old woman and was fatally shot by her 12-year-old grandson who was trying to defend her,” the Daily Mail reports. “Two masked robbers entered the home of Linda Ellis in Goldsboro at around 1am on Saturday, where they demanded money and shot the grandmother in the leg. Ellis’ grandson fired back at the two intruders in self-defense and they fled.”

Good for the boy. He was able to keep his head and act, and fortunately, he had something to act with. And by the home invaders initiating fire, they put to the lie the naïve advice of all who counsel “Just give them what they want.” By shooting the grandmother, they made that more than clear. Only one thing stood in the way of that happening.

This is hardly the first time a young hero has saved the day by using a firearm to ward off a lethal threat.

20 years ago I wrote about another 12-year-old who saved his grandmother from armed predators who were trying to rob her store and, according to news reports, holding a gun to her head. As I asked at the time:

Do you think the scenario may have played out differently had the wonks at Handgun Control, Inc., been heeded? What do you think the outcome would have been had the grandmother kept her gun unloaded, locked up, and separated from its ammunition, or if she had installed a trigger lock? What about if her firearm was a personalized “smart gun” that no one but herself could fire? And had these “safety methods” resulted in the death of this valiant boy and his grandmother, would HCI have exploited this to call for yet more gun control?

More examples can be found – if one is inclined to look for them. These took me all of a minute to find:
I could keep doing this but the point is made. Perhaps, in addition to “The Armed Citizen,” someone ought to put together a compilation for young armed citizens.
We’ve also seen what can happen when parents heed gun-grabber advice and deny the means of defense to children who would otherwise be capable. Remember the Merced Pitchfork Murders?

That’s because DGUs (Defensive Gun Uses) don’t advance the blood-dancing narrative the way stories of homicidal criminals using guns do. When the object is to disarm the citizenry, you don’t want people thinking there might actually be good reasons to own a gun.
There are also good reasons to teach children about guns, exactly the opposite of what those who call themselves “commonsense gun safety advocates” do, pushing for ignorance and fear instead. They then use that deliberately-engineered ignorance for setting the scene to scare equally ignorant “adults,” if it’s appropriate to use that term for the willfully and childishly hysterical. They make all gun owners out to pose the same risks as passed-out crackheads leaving guns within reach of three-year-olds.
In fact, we who advocate for responsible firearms ownership have always emphasized the need for development-appropriate training (notice I did not say “age-appropriate” on purpose). And we practice what we preach.
My own sons, now grown, accompanied me to the range from an early age, so they understood what guns do and the importance of safety. They watched me clean my guns, and were able to sit down, talk about what I was doing and why, and even help. They learned Cooper’s rules and learned to use safety equipment to protect their eyes and ears. They got BB guns and training when they were interested and ready. They soon got to shoot actual firearms under careful supervision. Each step along the way, they proved to me they were ready for the next one through careful observations of safety adherence, maturity levels, motor skills, and attitudes. They knew if they were ever curious, all they needed to do was ask. And all of that was done with an additional goal of anticipating what they’d do if a friend had access to a gun and they saw any rules being broken.

My wife and I managed to get them both to adulthood with zero “accidents” and incidents of misplaced trust regarding firearms. It’s something those of us who practice real “common-sense gun safety” do all the time. And we didn’t learn how by sticking our heads in the sand and trying to suppress information like the phony “gun safety” prohibitionist frauds do.
Back to the North Carolina story, we see another happy potential outcome:

“Charges against the 12-year-old are not expected.”

That leads to some basic questions every “true believer” gun-grabber ought to be asked:
Since you demand what you call “safe storage laws” and since a child, in this case, was able to access and use a firearm, regardless of the outcome, why wouldn’t you say the grandmother should be prosecuted?
Would you rather see educated children watch their younger siblings get murdered with pitchforks than able to stop maniacs by using a gun?
If you were being robbed, assaulted, and shot at by murderous home invaders, who would you rather have come to your defense, the armed 12-year-old in this story, or “grown-up man” David Hogg?
About David Codrea:
David Codrea is the winner of multiple journalist awards for investigating/defending the RKBA and a long-time gun owner rights advocate who defiantly challenges the folly of citizen disarmament. He blogs at “The War on Guns: Notes from the Resistance,” is a regularly featured contributor to Firearms News, and posts on Twitter: @dcodrea and Facebook. 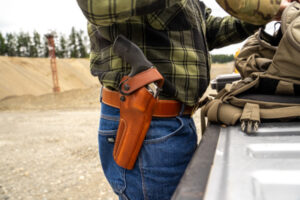 PHOENIX — Now available in black and havana brown in addition to tan, Galco’s DAO™ (Dual Action Outdoorsman) belt holster can be worn strong side or crossdraw at the user’s discretion. The DAO employs a retention strap for simplicity and security in the brush. The retention strap has a large polymer tab to aid in snapping and [Read more…] 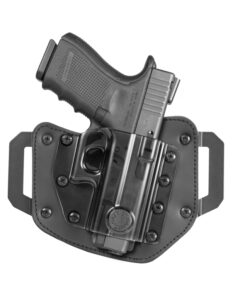 SPRINGFIELD, MO – N8 Tactical, a modern-day holster company with a mission to provide quality products with superior comfort for all-day, everyday carry is proud to introduce the Pro-Lock Holster, their first outside the waistband holster. Whether you’re carrying a Sig P365, S&W M&P9 Shield, Glock 19, or one of 100’s of other handguns the [Read more…] 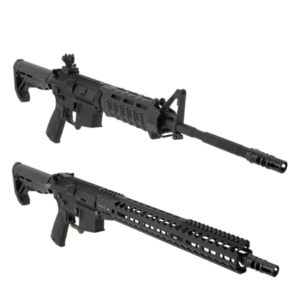 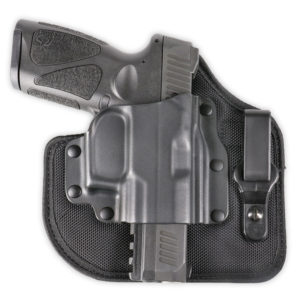 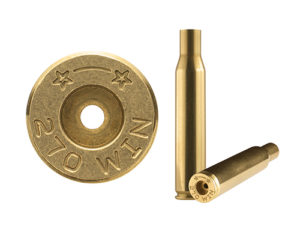 SEDALIA, MO – Starline Brass has added another caliber, the 270 Winchester to the growing lineup of high-quality brass. Starline’s 270 Winchester brass is produced with the same demanding quality control standards for which it has been produced. The 270 Winchester has been around nearly a century and has become just as popular as its parent [Read more…] 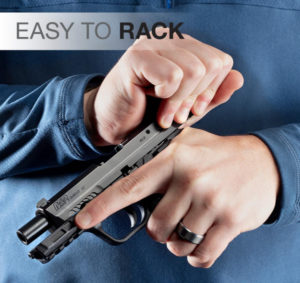 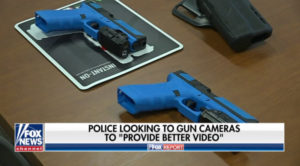 MINNEAPOLIS, Minn. –– The FACT Duty™ Weapon-Mounted Camera (WMC™) from Viridian Weapon Technologies made headlines this fall when FOX News picked up the story of an Iowa police department implementing the recording device. Viridian recently announced that the Hiawatha Police Department is the first in the state of Iowa to deploy the WMC, distributing the device to all [Read more…] 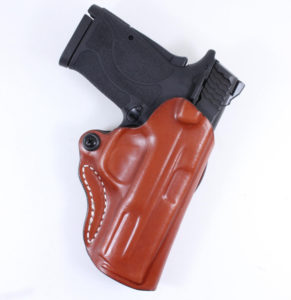 AMITYVILLE, NY – For nearly five decades, DeSantis has been developing, designing, and manufacturing the very best gun holsters that money can buy. We pride ourselves on using the best American-Premium hides and the toughest synthetics available for our holsters and accessories. #019 Mini Scabbard® Basic doesn’t have to be boring. The Mini Scabbard® gives you all [Read more…] 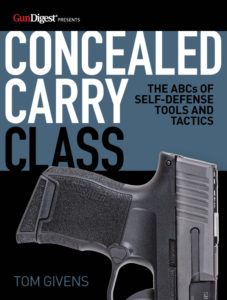