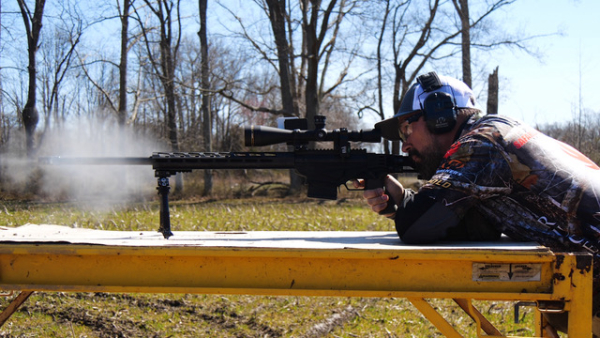 Next up, it’s a wingshooting destination trip to Arkansas for Doug and son Trevor. Shooting from inside the duck blind or ashore, this special father-son time afield, reiterates the meaning to pass on the hunting tradition and the importance of creating memories afield.

Each week, Doug Koenig’s Championship Season airs on Pursuit Channel three times. Previous aired episodes are available at www.pursuituptv.com and searchable by the show title. You can follow Doug competing at the range or in the field hunting on Instagram @dougkoenig1 and https://www.facebook.com/DougKoenigChampion.

Doug Koenig’s Championship Season takes the viewer from remote hunting destinations to the firing line. Join host and world shooting champion Doug Koenig on his personal quest for the ultimate trophies. Championship Season features a gritty combination of fast-paced shooting competition and wild hunting adventures – all with rugged, reliable Ruger® firearms. Whether it’s bull Elk, whitetails or competition shooting, one thing is certain…bullets will fly and it’s gonna be a wild ride!