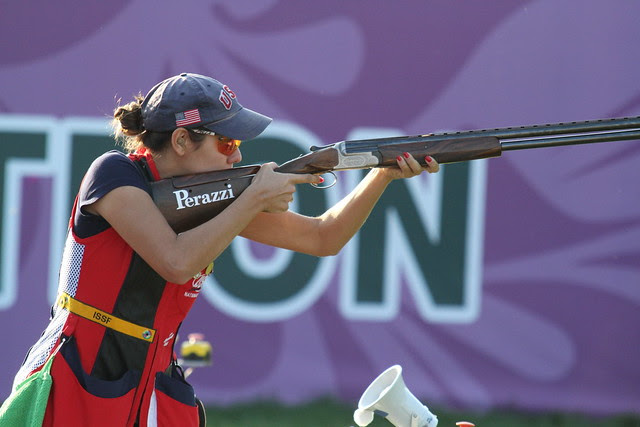 Even without a couple of its shooting stars, Nationals will be a spectacle of talent. World Champion Caitlin Connor (Winnfield, Louisiana), six-time Olympic medalist Kim Rhode (El Monte, California) and recent World Cup medalist and reigning national champion Christian Elliott (Greenville, Indiana) have chosen to sit this one out.

The last time these competitors gathered in Colorado Springs, the weather was less than ideal as snow, wind and hail hampered last year’s Nationals in early October. The forecast looks good for this year’s event which should tighten the contest that much more.

Hancock enters as the favorite having won his five previous World Cup matches and the 2018 World Championships. He did not compete at Nationals last year but won it in 2017. Not only that, but when you’ve had the type of career success Hancock has had you look for motivation any way you can get it. There’s been seven domestic matches since 2016 and he’s won four of them, and in two of them he didn’t finish as the gold medalist because he didn’t compete. It will be the fifth-place finish from the most recent Spring Selection Match that will fuel his desire to stand atop the podium this match.

Having a heavy say in that will be Thompson and Moschetti as a big portion of the men’s skeet field from the U.S. Army Marksmanship Unit (USAMU), including Elliott, are competing in a foreign competition. Look for Zach McBee (College Station, Texas), Robert Johnson (Phoenix, Arizona) and Eli Christman (Hixson, Tennessee) to also be in the mix.

Since 2017, seven different female skeet shooters have earned a podium spot at a USA Shooting Selection Match or Nationals with Vizzi topping the podium three times. Standing in the way of three-straight national titles for the former World Champion will be English, Smith, Simonton, Jacob and Dunn. English is ranked ninth in the World as of June 1, with Smith ranked 17th and Simonton ranked 18th. These athletes represent perhaps one of the most dominating female squads in all of Olympic sport, as the U.S. women’s skeet team athletes have earned 27 international medals since Rio.