PHOENIX, Ariz. – With the first run in its new March time slot, the Civilian Marksmanship Program’s (CMP) annual Western CMP Games and HP Rifle Matches event was met with greatly-increased registration and attendance compared to recent years, despite social distance restrictions that led to a premature end to the event.

Competitors completed the entire schedule of CMP Games rifle events and schools at the Ben Avery Shooting Facility under brilliant Arizona skies and comfortable temperatures. Unfortunately, the five-day CMP Highpower Rifle Matches and clinic, scheduled in the second half of the schedule, were cancelled due to social distance mandates for the safety of participants and staff. 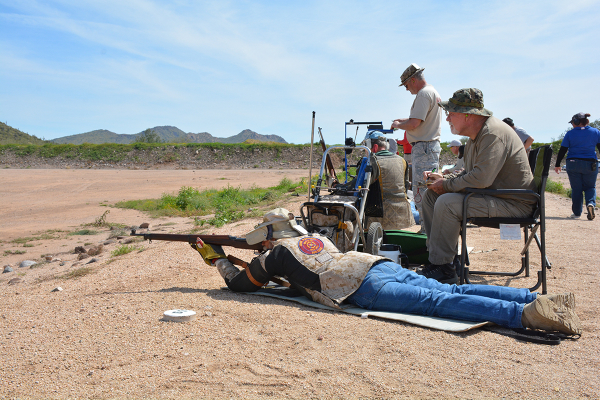 The Western CMP Games portion of the event held in Phoenix is one of many travel events conducted by the CMP across the country each year. It includes specially designed vintage and modern rifle matches and clinics affording opportunities for marksmanship enthusiasts of all ages and experience levels.

A spike in early registration of 283 participants led to an impressive number of 664 scheduled event entries for the early Spring event in Phoenix. Since its first Arizona appearance in 2008, the Western CMP Games events have been conducted in the month of October. Due to recurring inclement weather at the CMP’s annual Oklahoma Games, the decision was made to trade seasons with those in Arizona beginning in 2020. 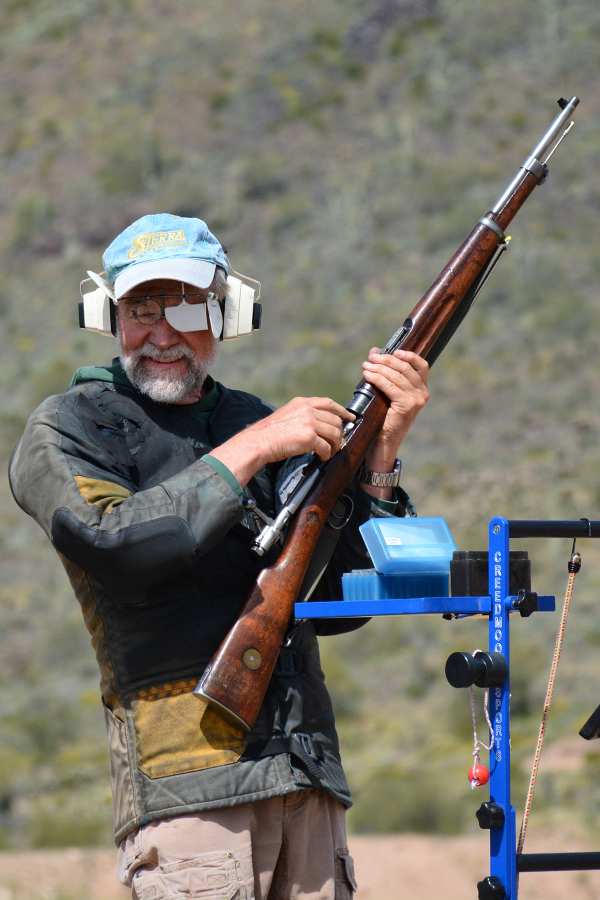 Events began with the Rifle Marksmanship 101 class (for those wishing to learn more about rifle competition shooting) and was followed by the first of many Garand-Springfield-Vintage and Modern Military (GSMM) Matches set to be fired. Rimfire Sporter (.22 rifle), M1 Carbine and Vintage Sniper Team Matches rounded out other the other completed events on the calendar.

CMP Sales staff operated throughout the first portion of the Western Games, nearly selling out of M1 Garands and vintage rifles after the first two days. Competitors were offered the first dibs on selecting their vintage rifle to purchase. For more information on purchasing from the CMP, please visit our website at https://thecmp.org/sales-and-service/m1-garand/.

Several CMP Games competitors made the most of their time on the firing line with great scores.

The overall winner of the Garand Match course was SPC Brandon Ryder, 37, of Yucaipa, CA, with a score of 284-5x.

Boris Batkin, 42, of Sherman Oaks, CA, was only four points off of the record score in the Springfield Match, finishing with an aggregate of 290-11x.

In Vintage Military rifle, James Denovchek, 66, of Tucson, AZ, fired a score of 289-4x for the overall win, as William Ellis, 55, of Langley, England, set a new Western Games Record in the Modern Military event with a score of 294-11x – just one point above the previous record score, fired in 2017.

Though only three competitors qualified for the Three-Gun Aggregate, which combines the scores of three different rifles used by the same individual in the GSMM Match, David Geyer, 44, of Phoenix, AZ, (a former winner of the Three- and Four-Gun Aggregates) earned a combined score of 855-20x, with second overall places in the Garand, Springfield and Vintage Military events.

In the Rimfire Sporter event, Mark Nelson, 61, of Glendale, AZ, led the O-Class, as Boris Batkin returned to fire a new record score in the T-Class with a 595-31x. Christopher Hook, 49, of Prescott, AZ, earned a score of 583-21x to claim the win in the Tactical Class.

The team of Hector Miro and Alan Little joined forces as the Lakewood Snipers to earn the win in the manual Vintage Sniper Rifle division, tallying a combined score of 390-12x. In the Semi-Automatic Sniper class, Lead Farmers, won the event with a 360-9x overall score. Team members were CMP armorer SP4 Chris Knott, ARNG, and Jeffrey Schneider.

To the dismay of all, the CMP had no choice in cancelling the Highpower Rifle Matches portion of the Western Games. As the COVID-19 virus continues to affect thousands across the country, the CMP wishes everyone good health and comfort. The CMP is doing all it can to help expedite the return to normalcy, observing protections and safeguards and asking that our supporters continue to do so as well.

The entire CMP organization is hopeful and looking forward to getting back to fostering more of the camaraderie and new memories that are made on the firing in the near future.

For a complete list of results, visit the CMP’s Competition Tracker page at https://ct.thecmp.org/WesternGames2020Results.

The Civilian Marksmanship Program is a federally chartered 501 (c) (3) non-profit corporation. It is dedicated to firearm safety and marksmanship training and to the promotion of marksmanship competition for citizens of the United States. For more information about the CMP and its programs, log onto www.TheCMP.org.