EAST ALTON, Ill. — Anthony Matarese, Jr., one of the most decorated and well known sporting clays sport shooters and instructors, is now a member of Team Winchester. Matarese will represent The American Legend, competing exclusively with the famous Winchester AA® shotgun shells.

“I am very excited to be more closely affiliated with the iconic Winchester brand. I consider Winchester AA shotshells to be the gold standard,” said Matarese.

Anthony will compete on the NSCA Championship Tour, Powered by Winchester. One of the yearly tour stops is the M & M Hunting and Sporting Clays facilities, owned and operated by the Matarese family.

“We are proud to align ourselves with a world class shooter like Anthony; his knowledge and influence of this sport is paramount,” said Matt Campbell, vice president of sales and marketing for Winchester Ammunition. 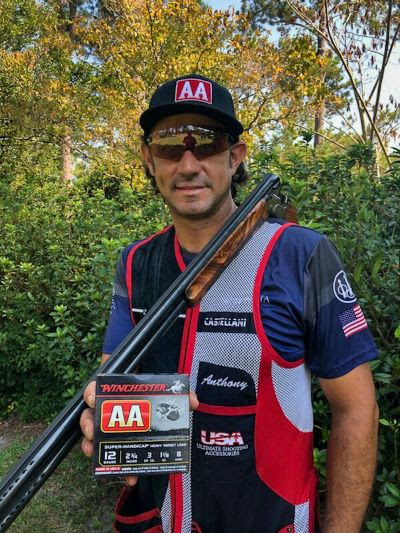 Anthony Matarese, Jr. of Pennsville, New Jersey started shooting at six years old. By age ten, he was already shooting competitively at a high level. While Anthony’s shooting career continues to unfold, he is considered one of the most successful American Sporting Clays shooters of all time. Anthony’s passion to pass on what he has learned to other sport shooters is prevalent in his coaching style. In 2014, Anthony was inducted into the National Sporting Clays Hall of Fame.